Eric Abrahamson, a professor at Columbia University, writes in to Forbes on how to be the Michelangelo of work shirking. The article is intended to help managers better understand their team's lack of productivity, but it also provides 10 simple tactics for all the lazy asses out there. Introducing exhibit A, June, a total lazy ass who lasted almost a decade in her job before being laid off: 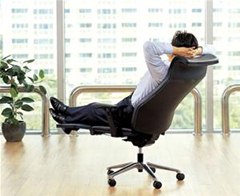 "One of June's skills was spending little time at her desk or anywhere near the department where she supposedly worked, so that her bosses didn't even think about her much. Out of sight, out of mind, you might say. 'If people don't think of you, they can't give you work,' Abrahamson says. Other ways to accomplish that: Arrive at different, unpredictable times of day. Work from home. Set up your schedule so that you frequently change locations.

Another tactic: Don't empty your voicemail box. That way when people call they'll get the impression you're working so hard you don't even have time to delete messages. This has the added advantage of making it impossible for bosses or colleagues to leave you verbal instructions about work assignments...

If you perform a specialized function within your office, you can distort the time it takes to get it done. Among June's supposed jobs was keeping time sheets for her department's staff. No one else knew the system she'd set up or how long keeping the data took. Thus she could make a task that took minutes appear to consume hours of toil. People with computer expertise who work among Luddites can easily exploit this tactic..." (read more) 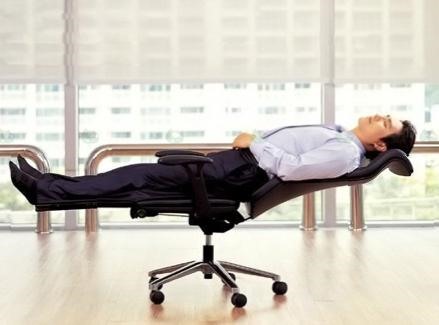 **(BTW, while we're on the topic, the image above is the Thanko Anychair, an office chair that turns into a bed in 30 seconds flat. You might be needing that.)

Want to master Microsoft Excel and take your work-from-home job prospects to the next level? Jump-start your career with our Premium A-to-Z Microsoft Excel Training Bundle from the new Gadget Hacks Shop and get lifetime access to more than 40 hours of Basic to Advanced instruction on functions, formula, tools, and more.

Other worthwhile deals to check out:

Join the Next Reality AR Community

Get the latest in AR — delivered straight to your inbox.

Ha haa. nice article. I love it and its very useful too

The site http://www.jobscan.co is also a great website which has more useful articles like the one above